Now available at Barkaways is this exceptional 1973 RHD Ferrari 246 GT Dino that has been in single family ownership since May 1975, when it was purchased from the original owner. Confirmed as one of the 488 UK RHD GT cars, it is finished in its factory specification of Rosso Chiaro with black upholstery. 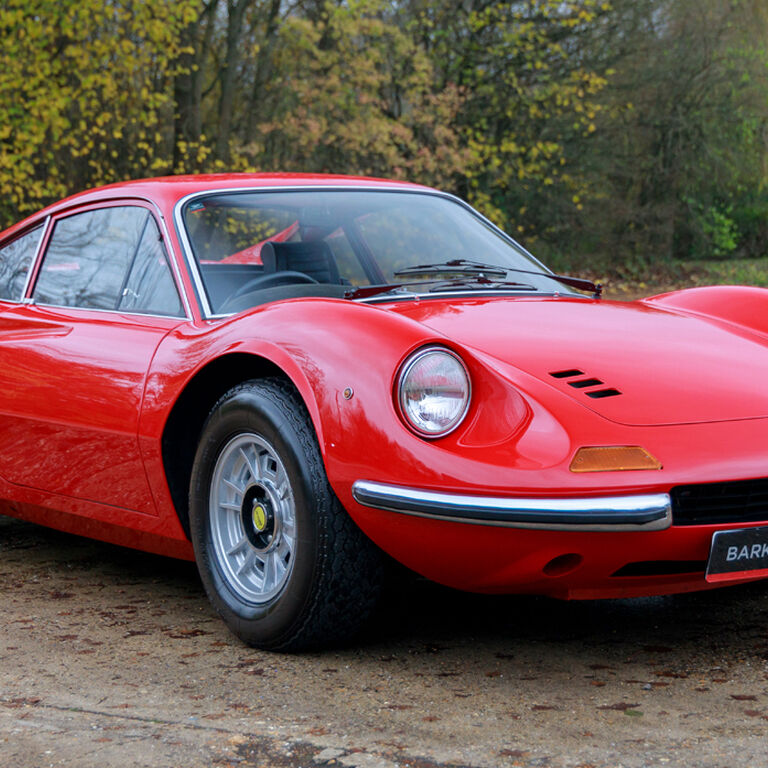 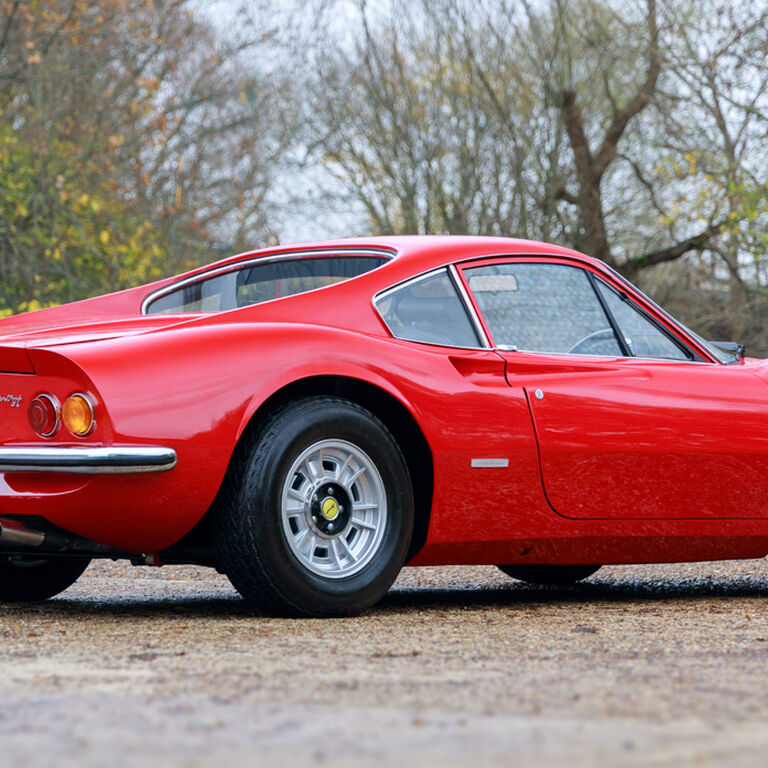 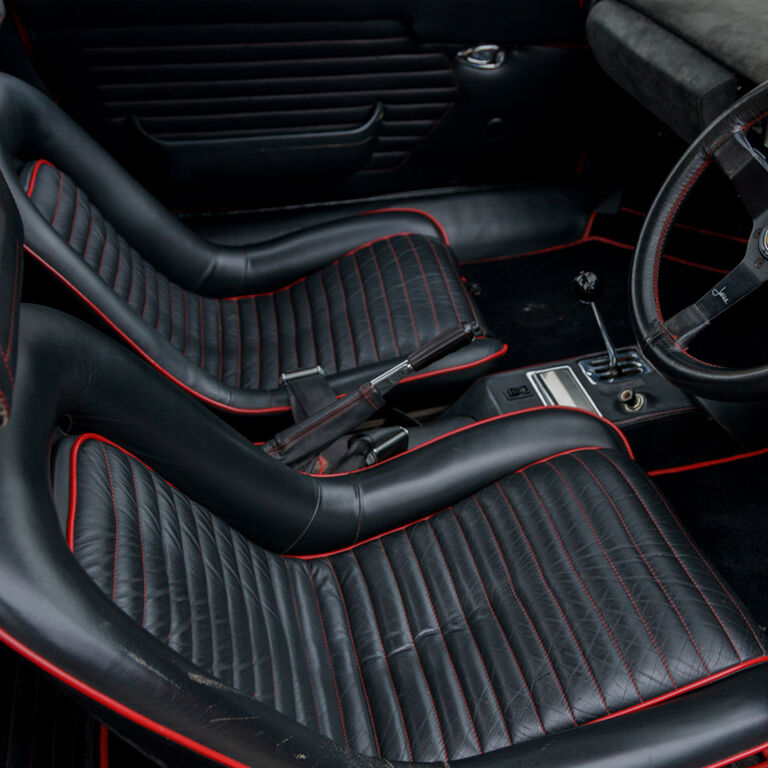 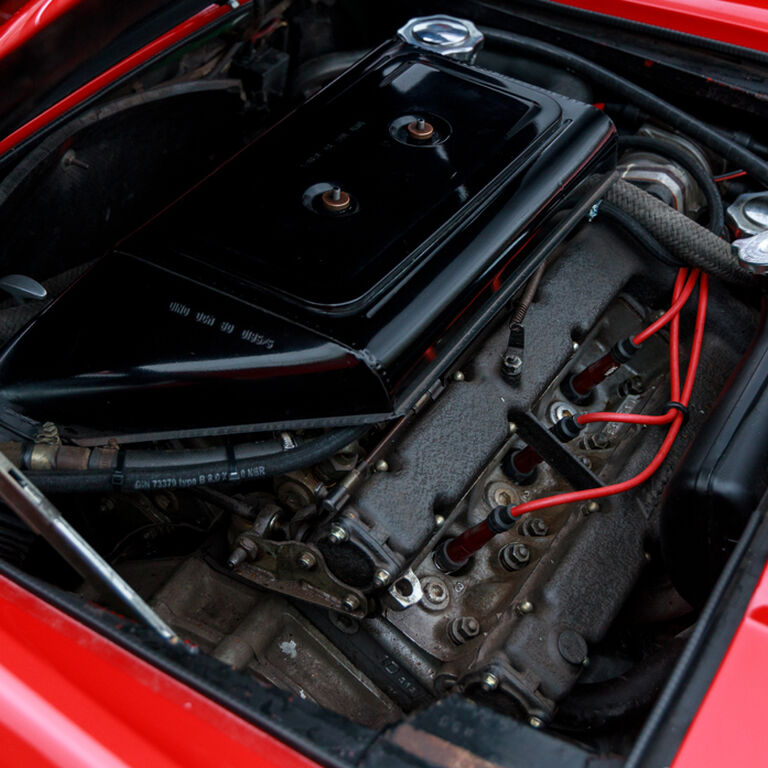 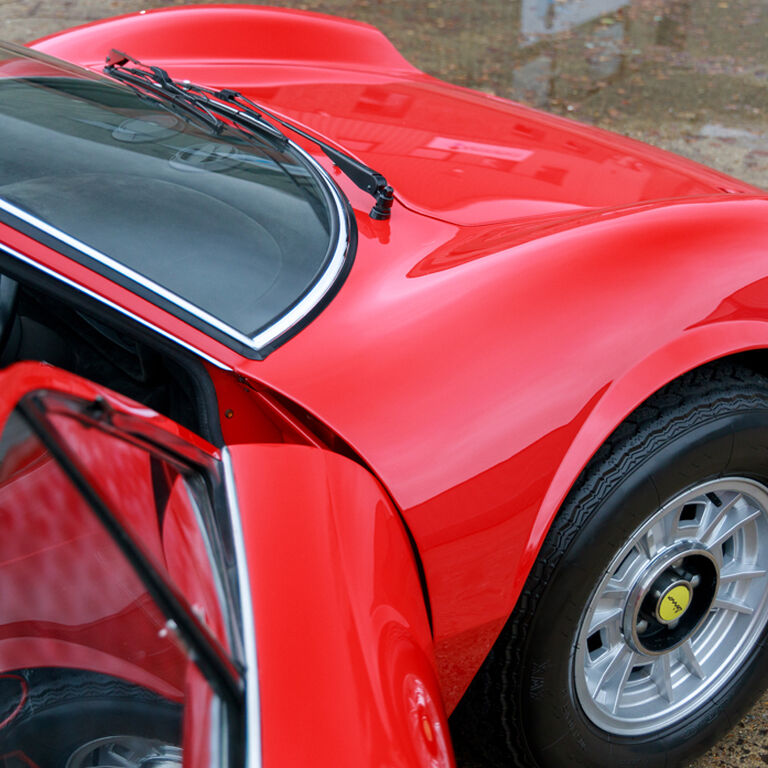 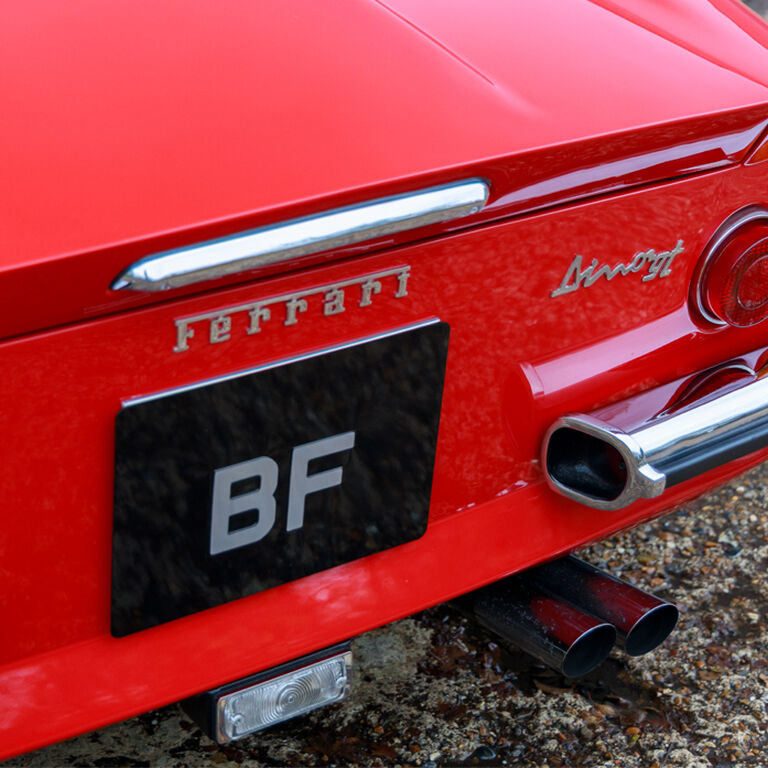 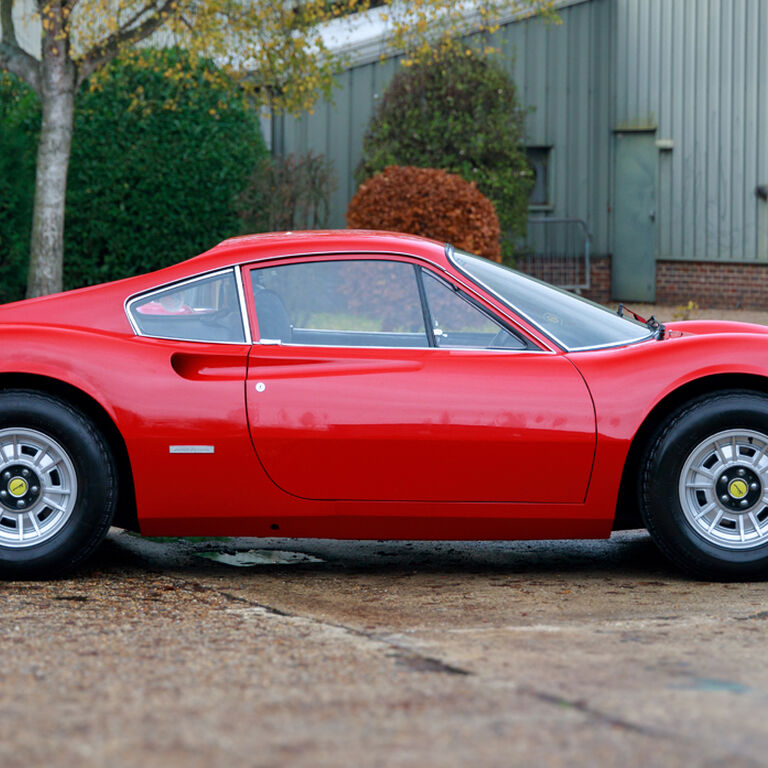 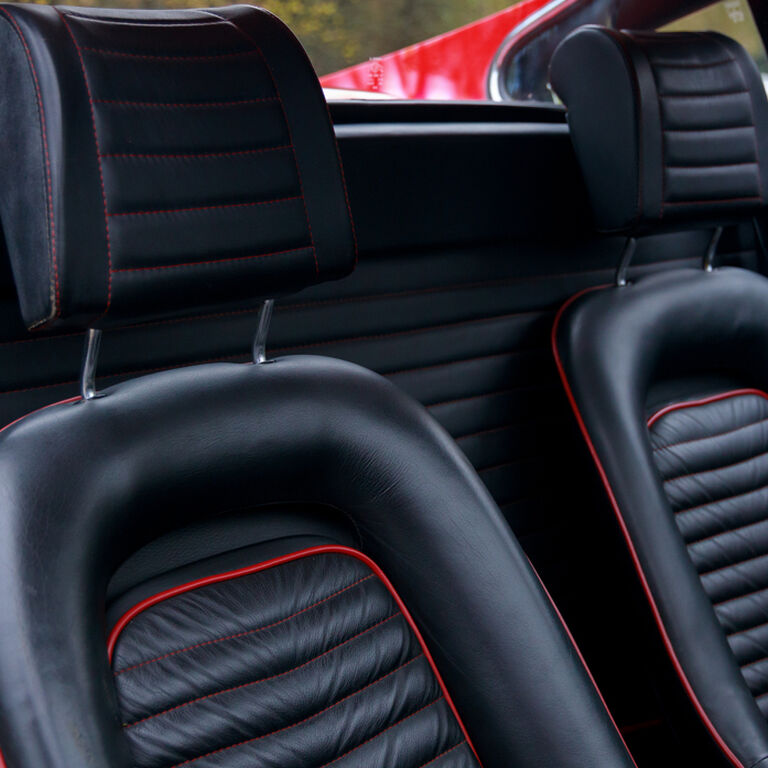 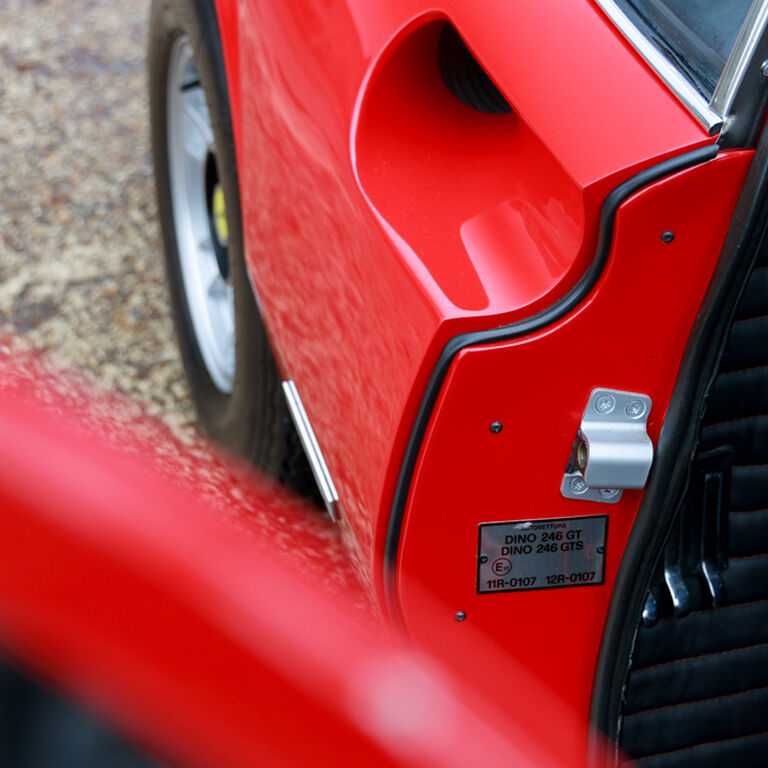 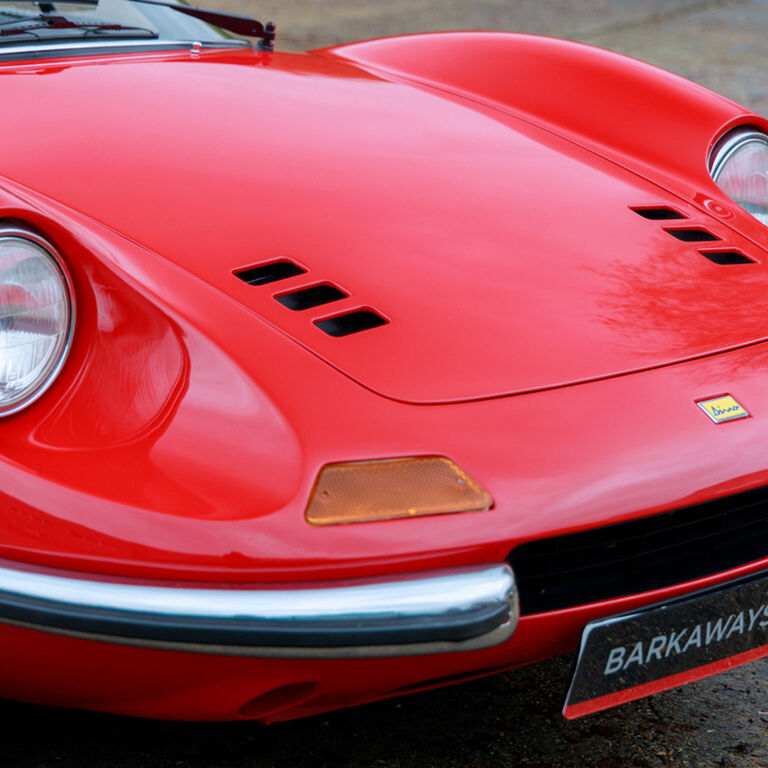 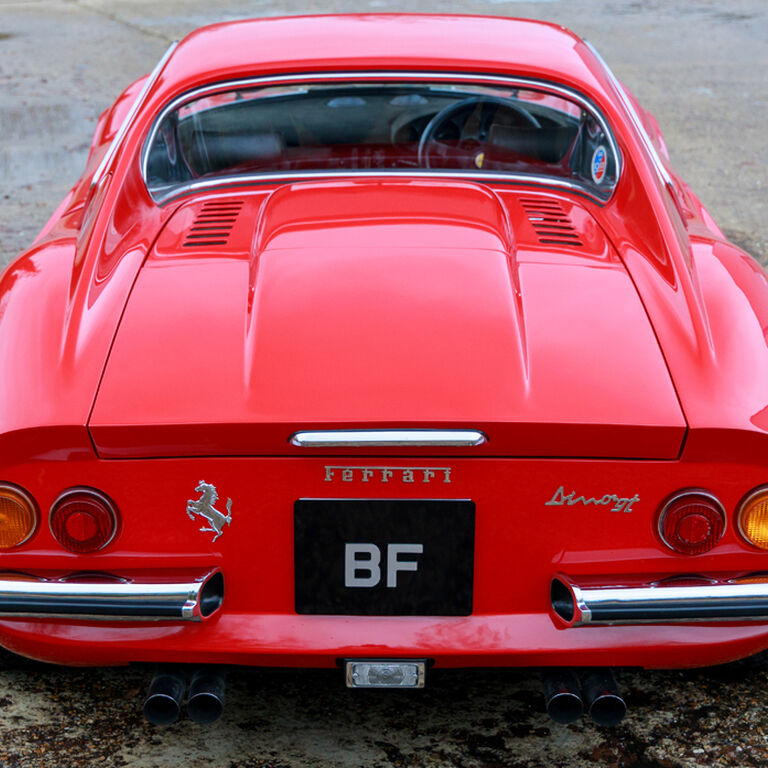 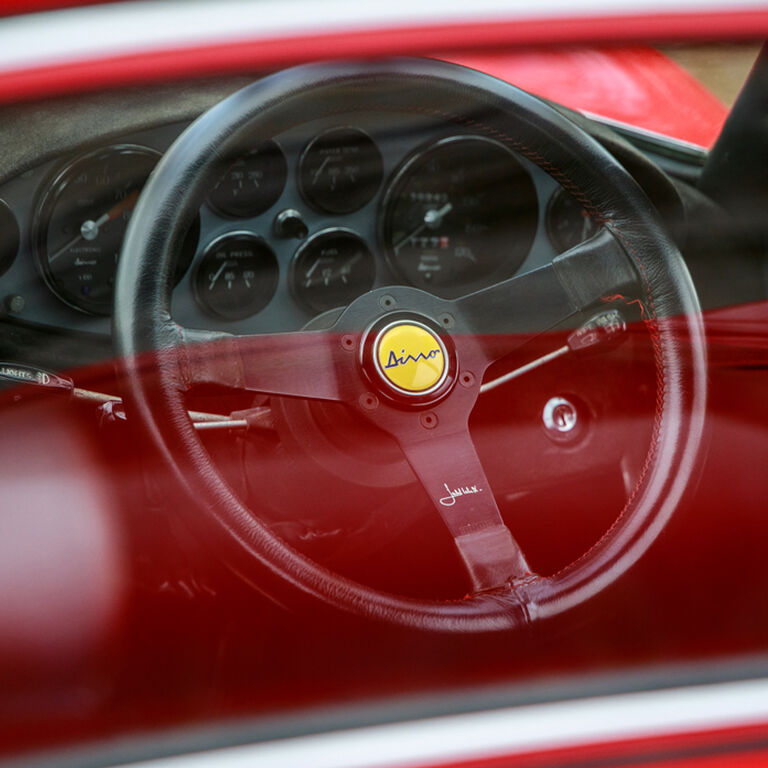 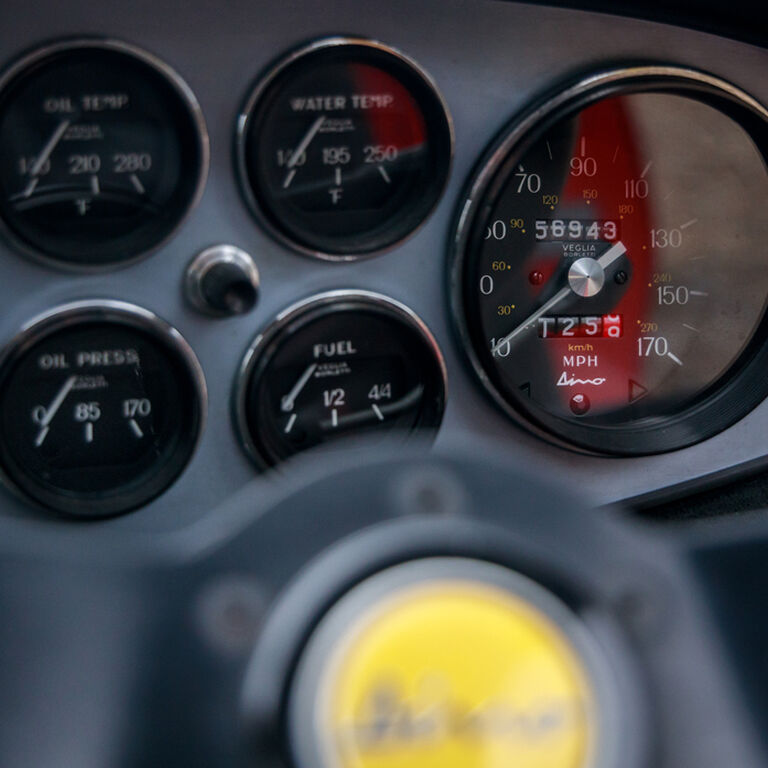 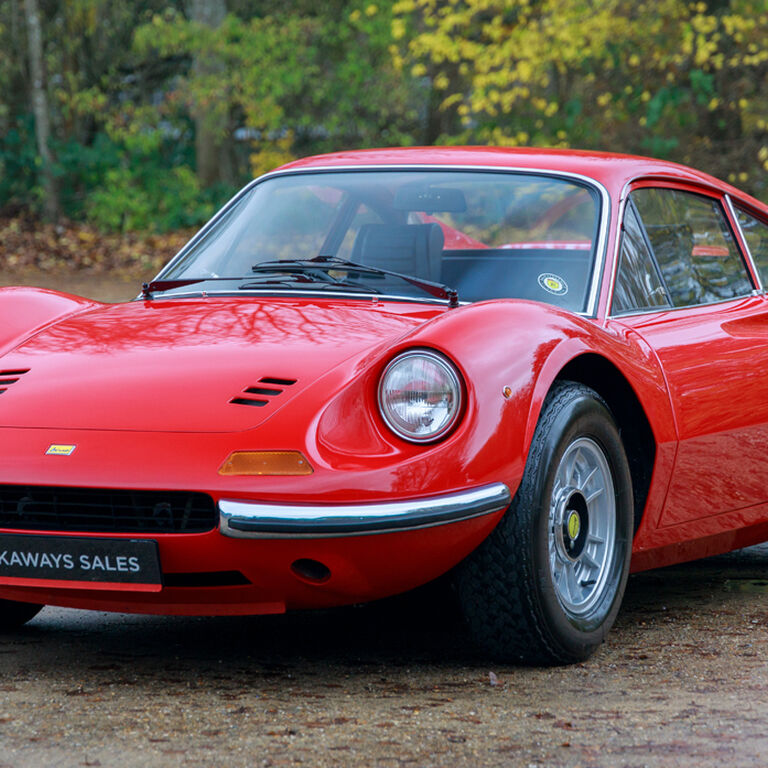 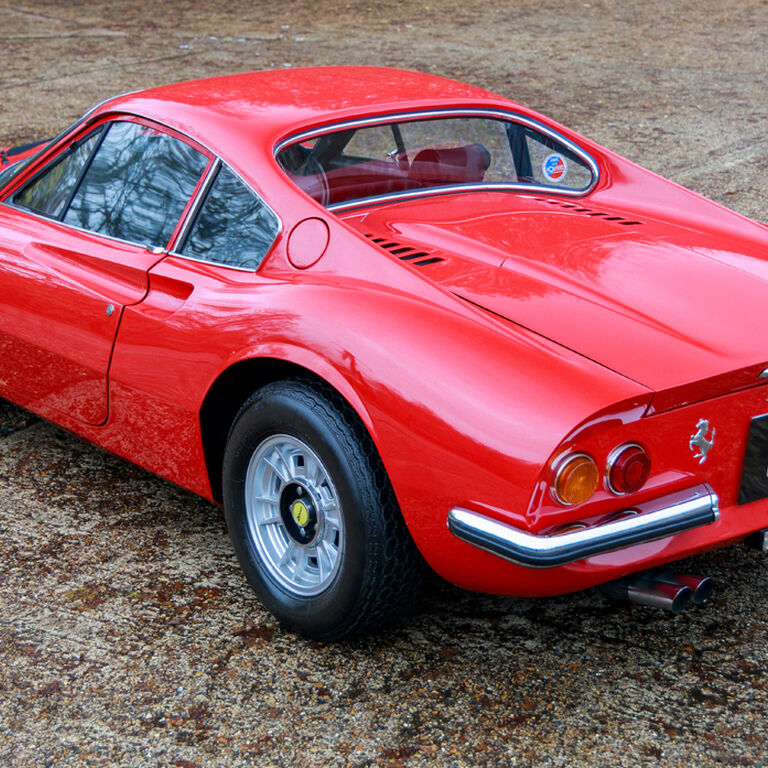 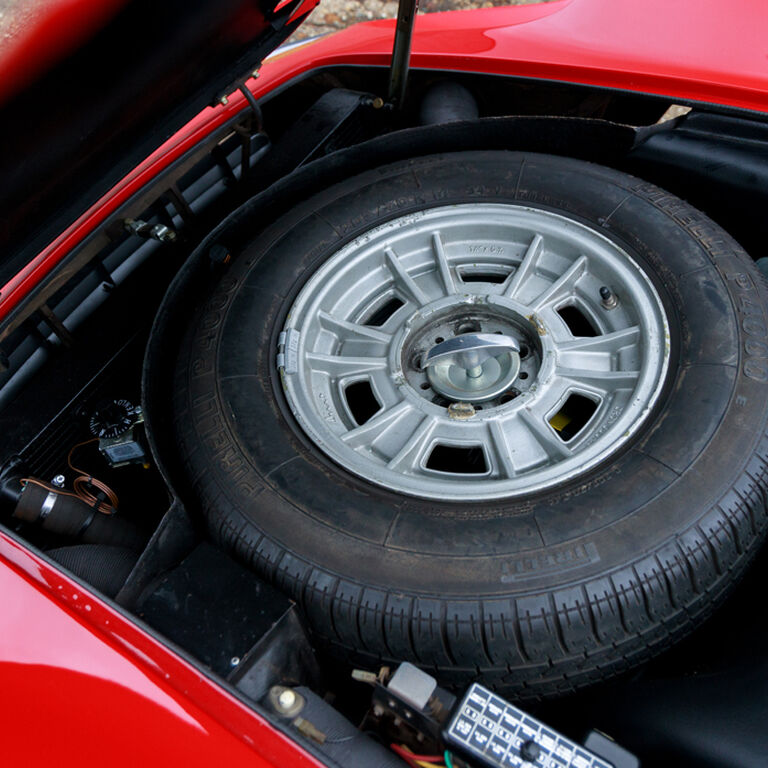 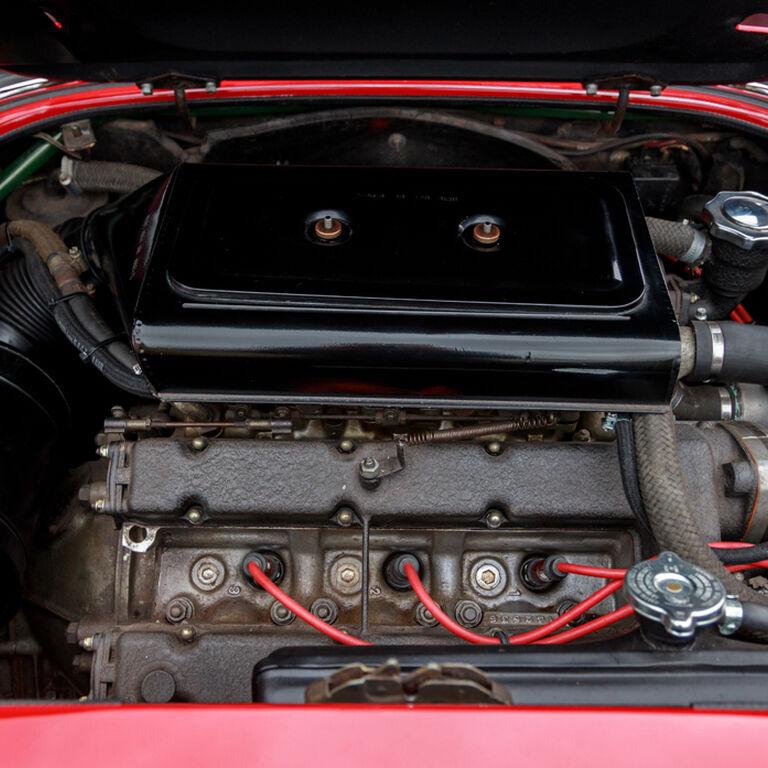 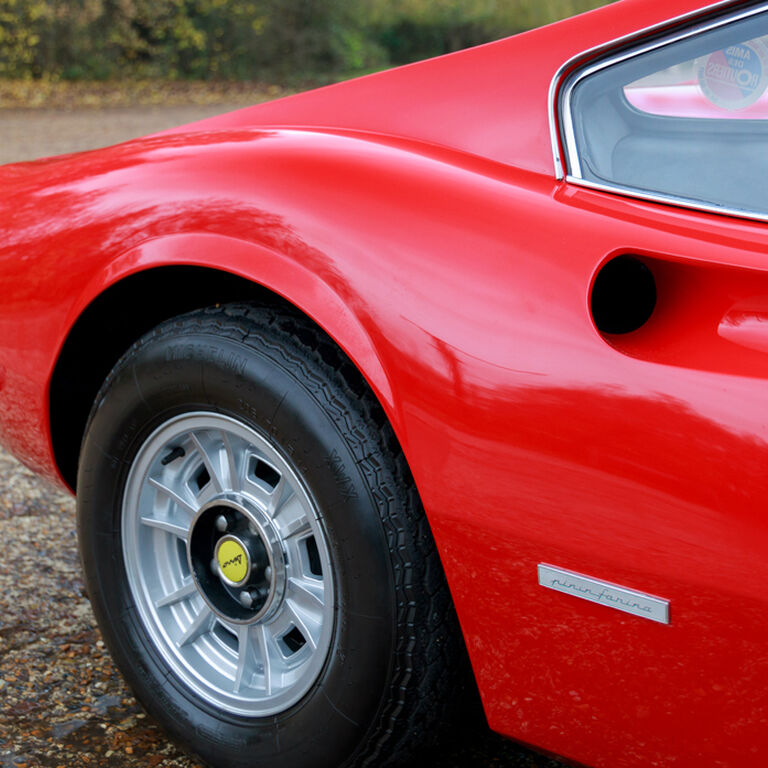 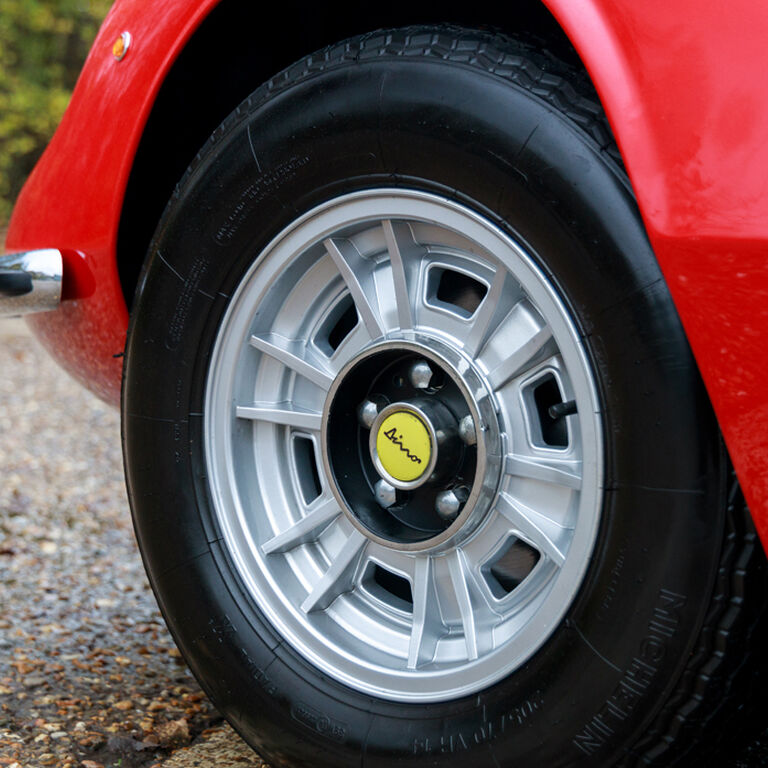 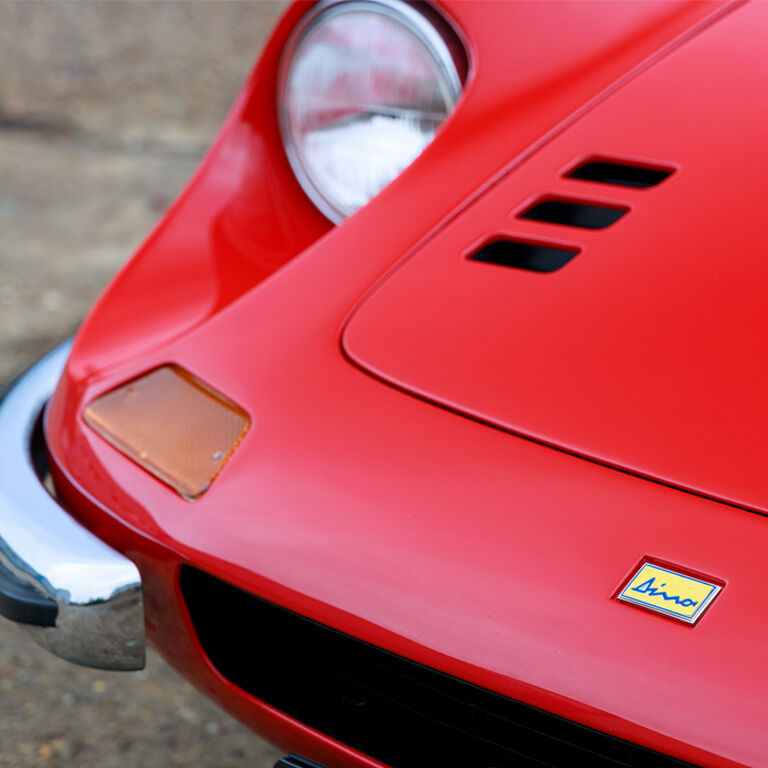 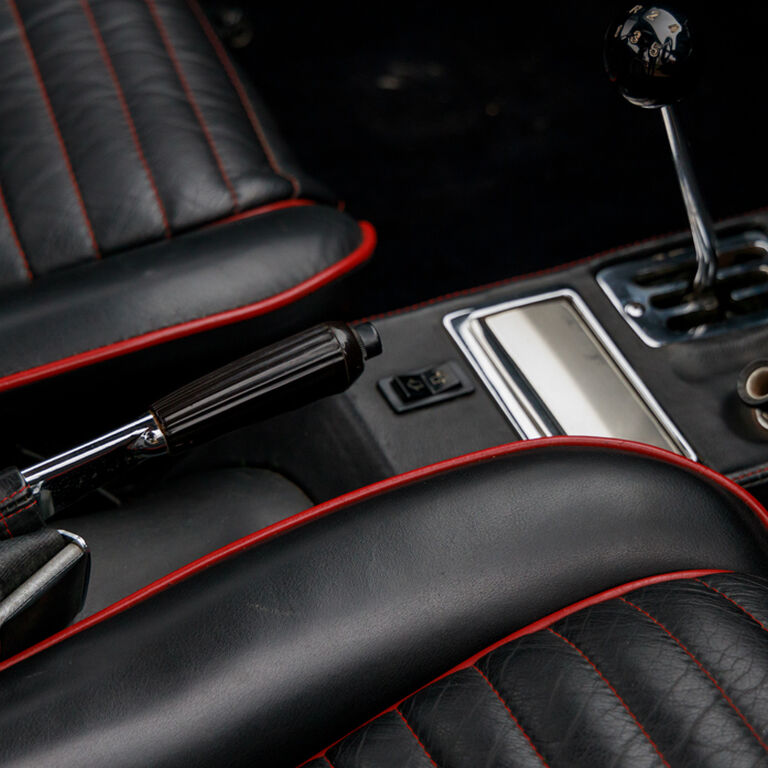 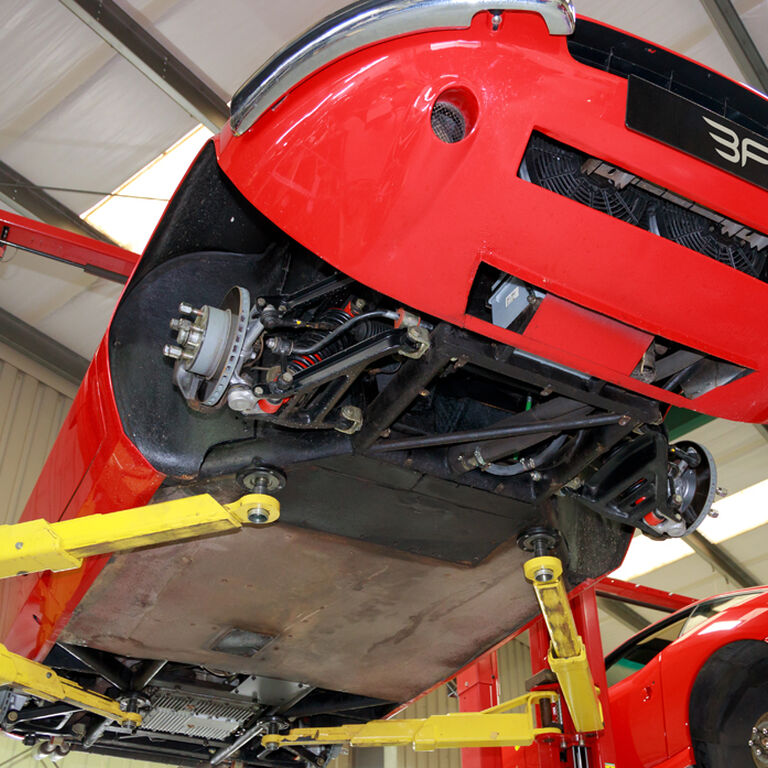 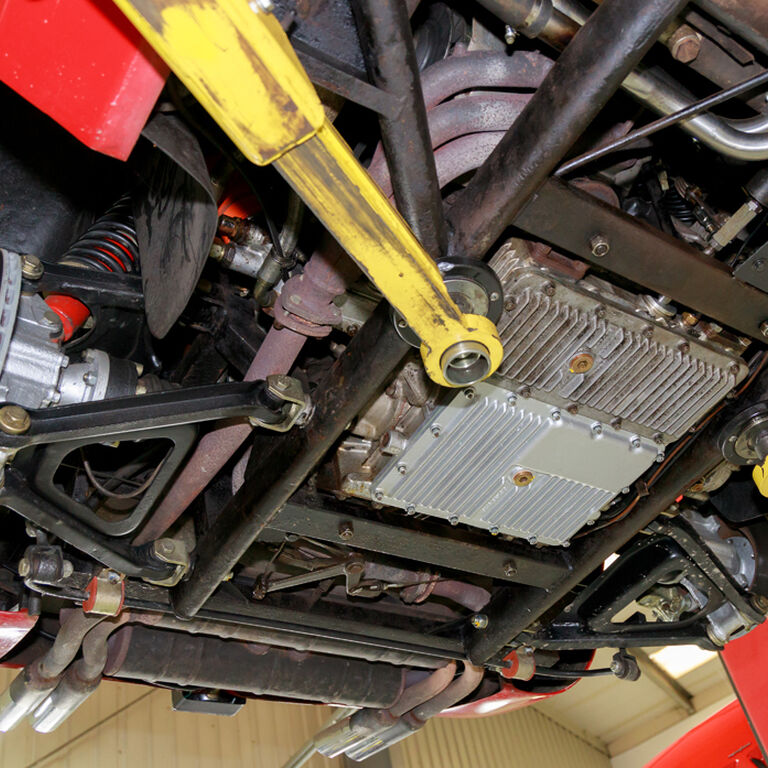 It has been well cared for by its long term owners and is presented today in fantastic condition throughout, with the included history folder documenting the current mileage of 57k, which included a body restoration and full repaint in 2008. Some personalisation of the interior has introduced red piping on the leather seats, a real suede dashboard and a steering wheel signed by former Le Mans winner and F1 driver Jackie Ickx.

The first owner covered almost 39,000 miles in his two years of ownership, whilst maintaining the car at Maranello and Dick Lovett. The Dino has been looked after by only three reputable engineers since - Paul Lanzante of Formula 1 and Le Mans fame, who looked after the car for around nine years, QV London and ourselves. The Dino has had very little use in recent years so we have just completed an inspection and service on it, including new spark plugs and a new air filter. We have also replaced the braided fuel hoses and the carb top gaskets.

This special, authentic example of a GT Dino is now ready to be enjoyed by its next custodian after nearly 48 years with its current owners.

Next car for sale