We are currently offering for sale a 1974 308 GT4, Red with Crema interior and black carpets.

The car benefits from several mechanical improvements including suspension work, all in an effort to enable the car to handle perfectly on track. The interior of this car is completely original and in very good overall condition.

This 308 GT4 will be supplied with a new service upon sale and has been given a full and thorough inspection with any areas for focus addressed. 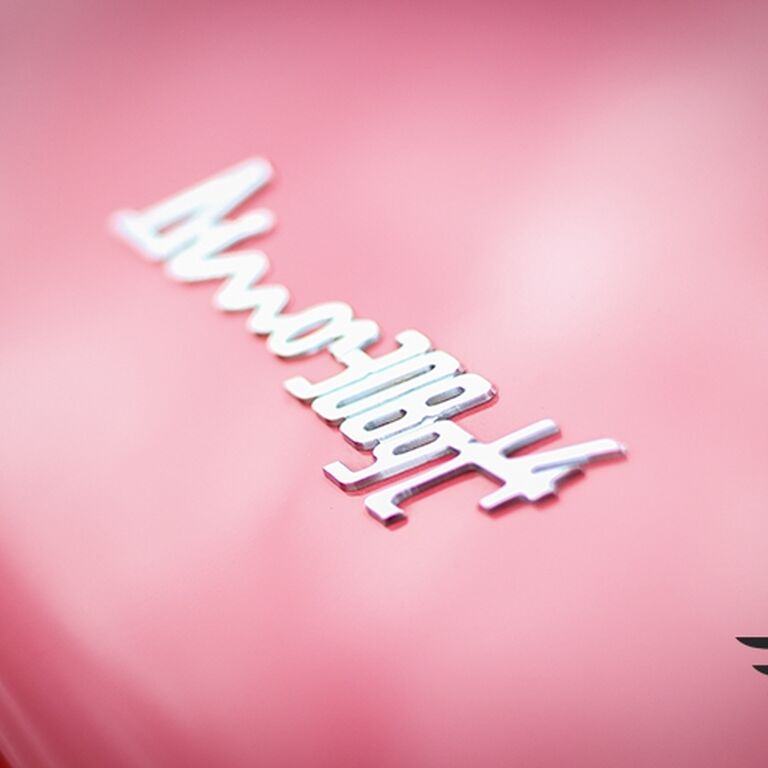 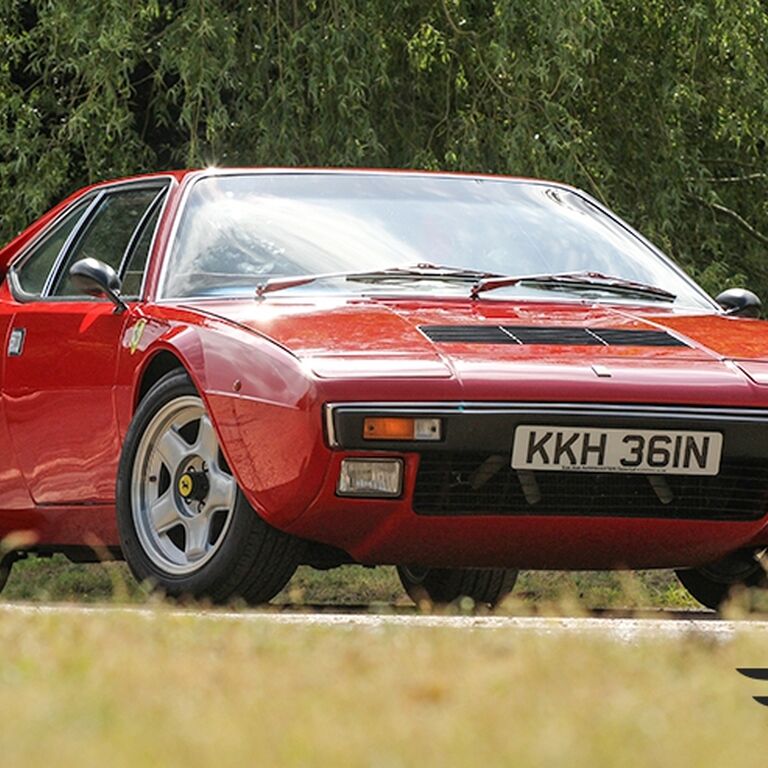 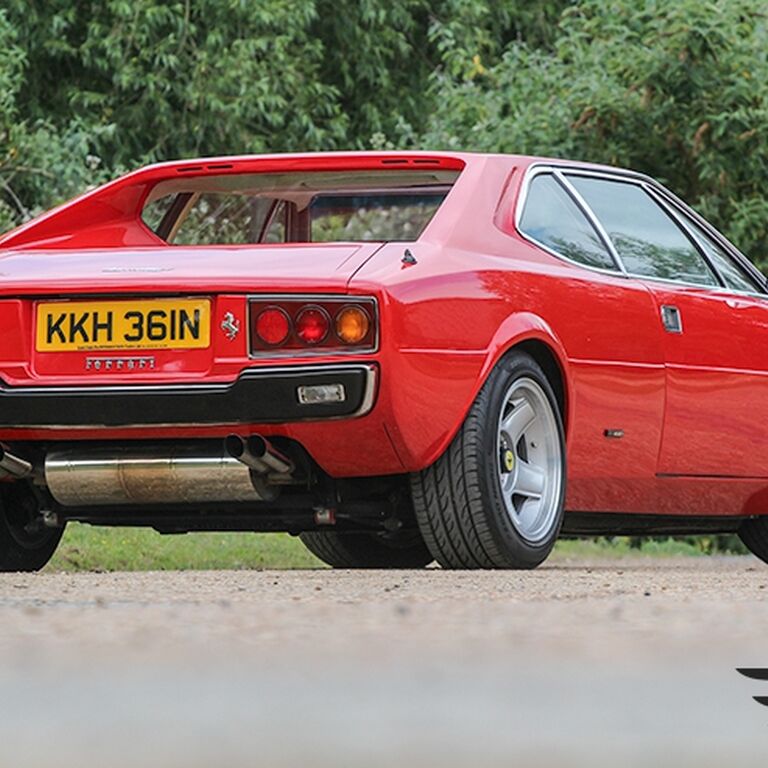 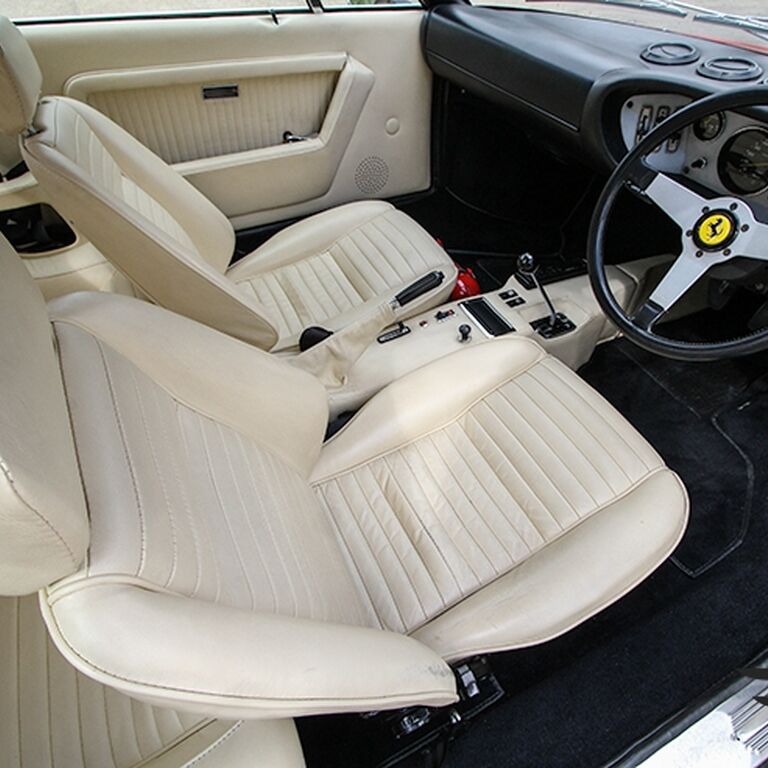 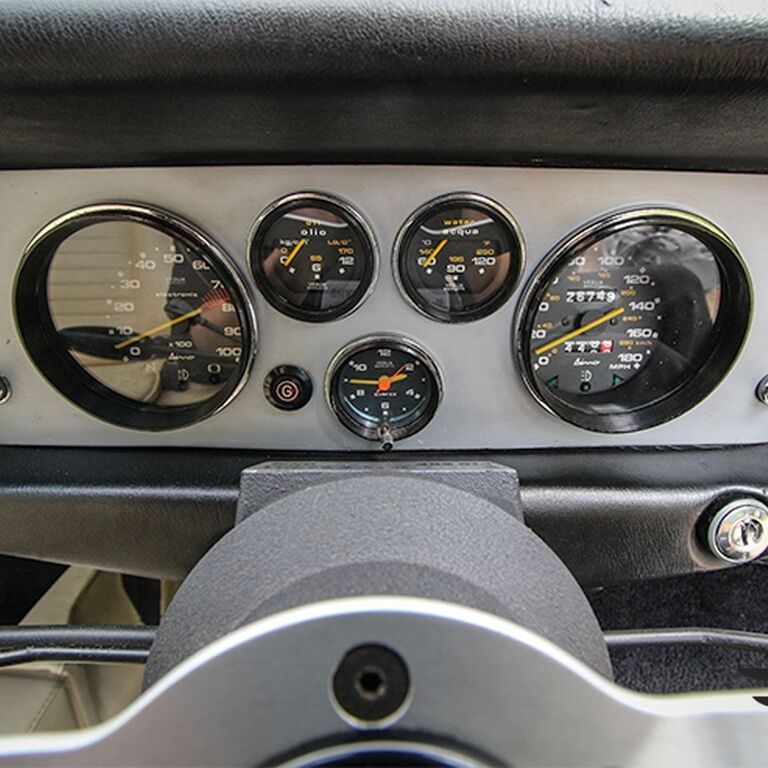 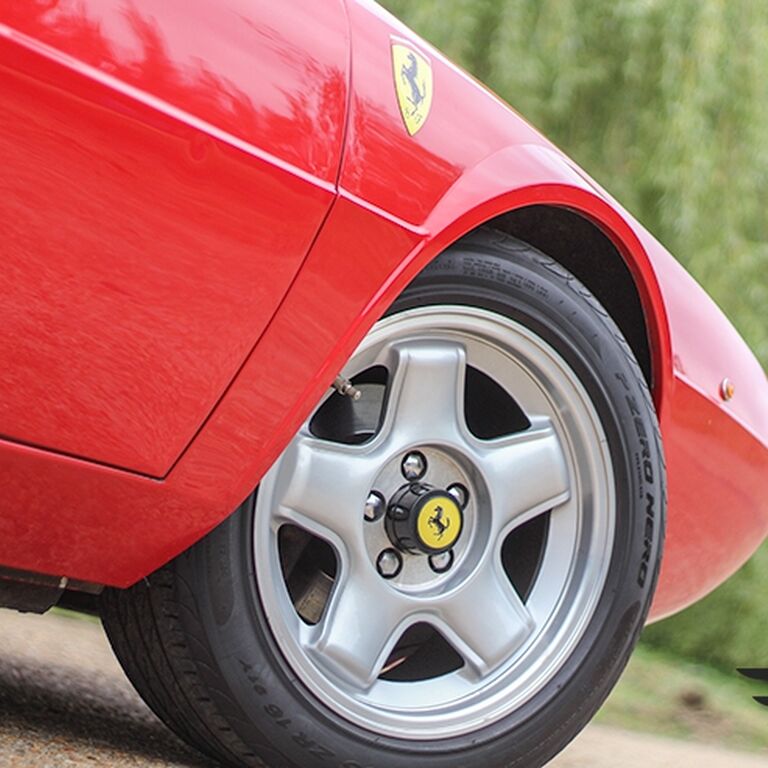 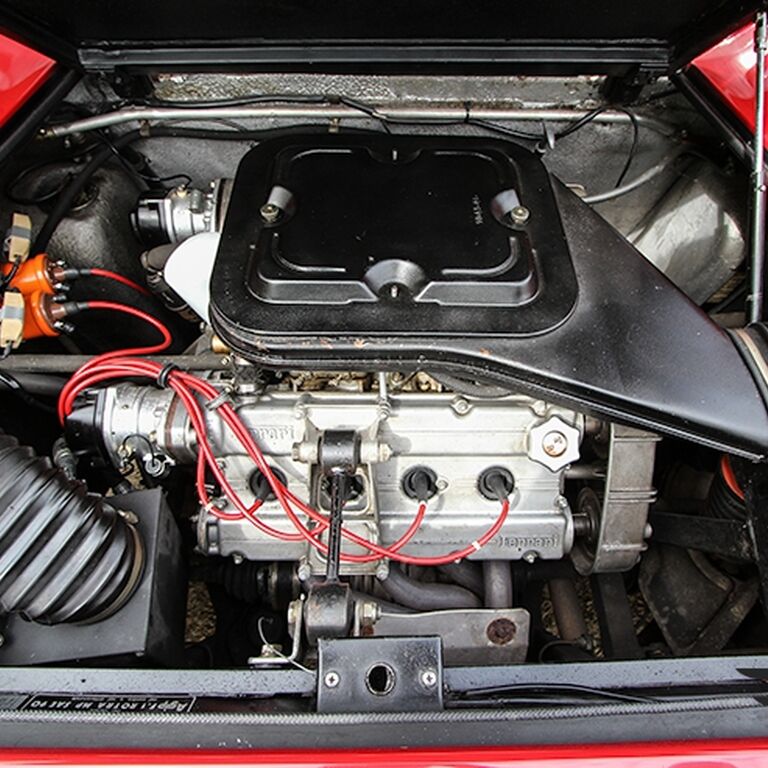 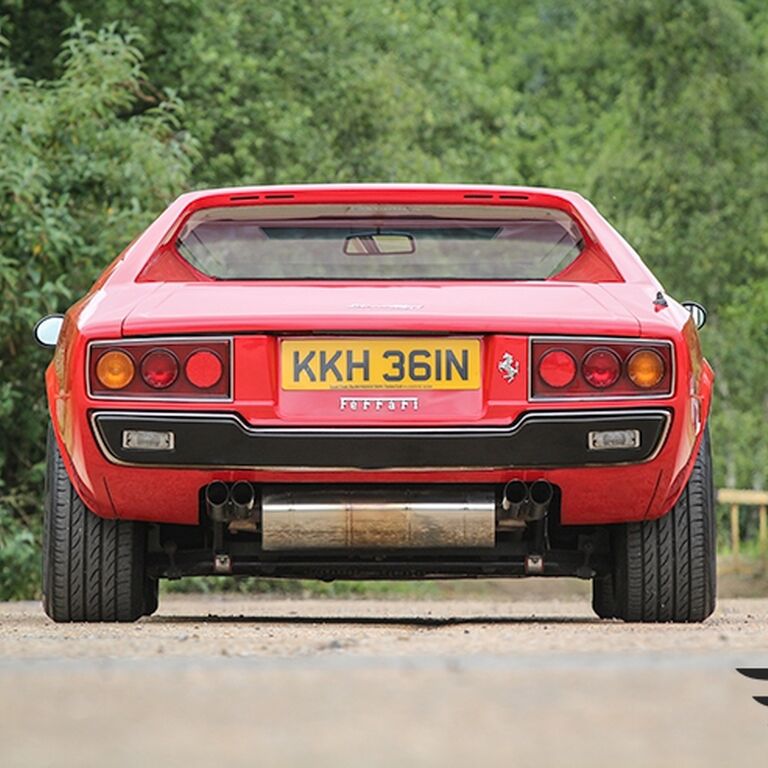 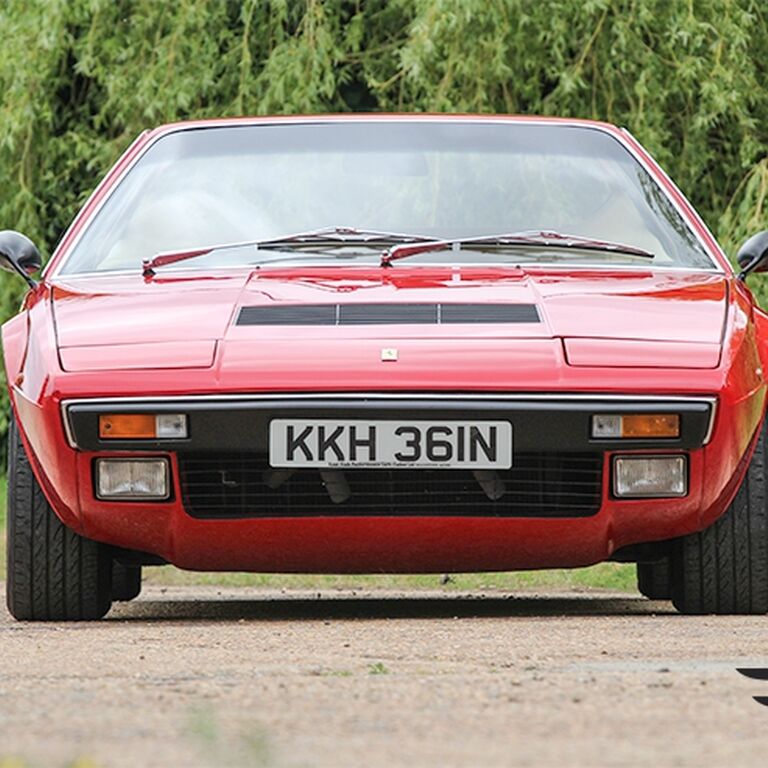 Carrozzeria Bertone designed very few cars for Ferrari. They produced an early convertible version of the 166 in 1953, a concept body shell for the SWB chassis and a prototype in 1976 called the Rainbow. A car so named as it could go from coupe to spider come rain or shine. A concept seen once again in the early 2000s when Leonardo Fioravanti designed the Vola for Alfa Romeo which featured an electro chromatic roof which also converted the car from coupe to spider and was latterly transplanted onto the 2004 Ferrari 575 Super America.

Marcello Gandini penned the 308 GT4 for its release in 1973. The Bertone link was undoubtedly influenced by the Ferrari/Fiat connection at the time. Maybe it was because the Bertone styled two plus two Fiat Dino coupe was more successful than Pininfarinas Fiat Dino spider? Either way, it marked a distinct departure from the norm. This was the first time in 20 years that a Ferrari did not have a body shell designed exclusively by Pininfarina. Bertone must have been happy with the finished product as Nuccio Bertone used a 308 GT4 for a number of years as his personal transport. The 308 GT4 was in fact the first 100% new model at Maranello since the take over by Fiat of the Ferrari production department in 1969.

The 308 GT4 was the first production Ferrari to be fitted with the new F106AL V8 engine. This designation refers to a 90 degree V8 Formula 1 engine designed by Angelo Bellei and used by John Surtees to power his 1964 World Championship winning 158 Ferrari. The 3.0 litre V8 marked a return to that most magical displacement as last seen on the 250 GT. A 2 litre version, the 208 GT4 was produced solely for the Italian market owing to their tax structure, which subsequently crippled owners of cars with engines larger than 2 litres in capacity. 208 GT4s are quickly identified by their lack of driving lights in the front grill and the fact that the grill itself is far narrower. Furthermore the smaller engine car had only one exhaust outlet, wore Michelin XDX tyres and the interior sported black spokes on its steering wheel along with black gauge surrounds on its dash. All 208 and 308 GT4s retained the Dino even-chassis number sequence.
The two plus two configuration in a mid mounted engine car was a brave move for Ferrari. The seats in the rear were designed as occasional and are more suited to storing coats, handbags or even a briefcase.

Grugliasco based firm Bertone, translated some of the design cues omnipresent in the Lamborghini Urraco and mechanical developments such as the centrally transverse mounted engine as previously seen in the Lancia Stratos.
The 308 GT4 transmission placement was virtually identical to that of the out going 246 Dino in that the engine sat on top of the five-speed gearbox. In 1975 the front radiator grill became a full width unit with the driving lamps placed behind it with all of the Dino badges being replaced by Ferrari versions. Early cars had wheels similar to the 246 Dino but with a small chrome hubcap covering the wheel nuts. Wider 5 spoke wheels were offered as an option.
In 1980 Autocar magazine recorded an average top speed of 154 mph with a 0-60 mph time of 6.9 seconds
In 1975 the 308 GT4 was the only Ferrari for sale in North America owing to strict emission legislation.
Luigi Chinettis NART, North America Racing Team, campaigned a 1973 308 GT4 (08020) in the hands of drivers Lafosse and Gagliardi on behalf of owner Bill Schanbacher for the 1974 24 hours of Le-Mans. 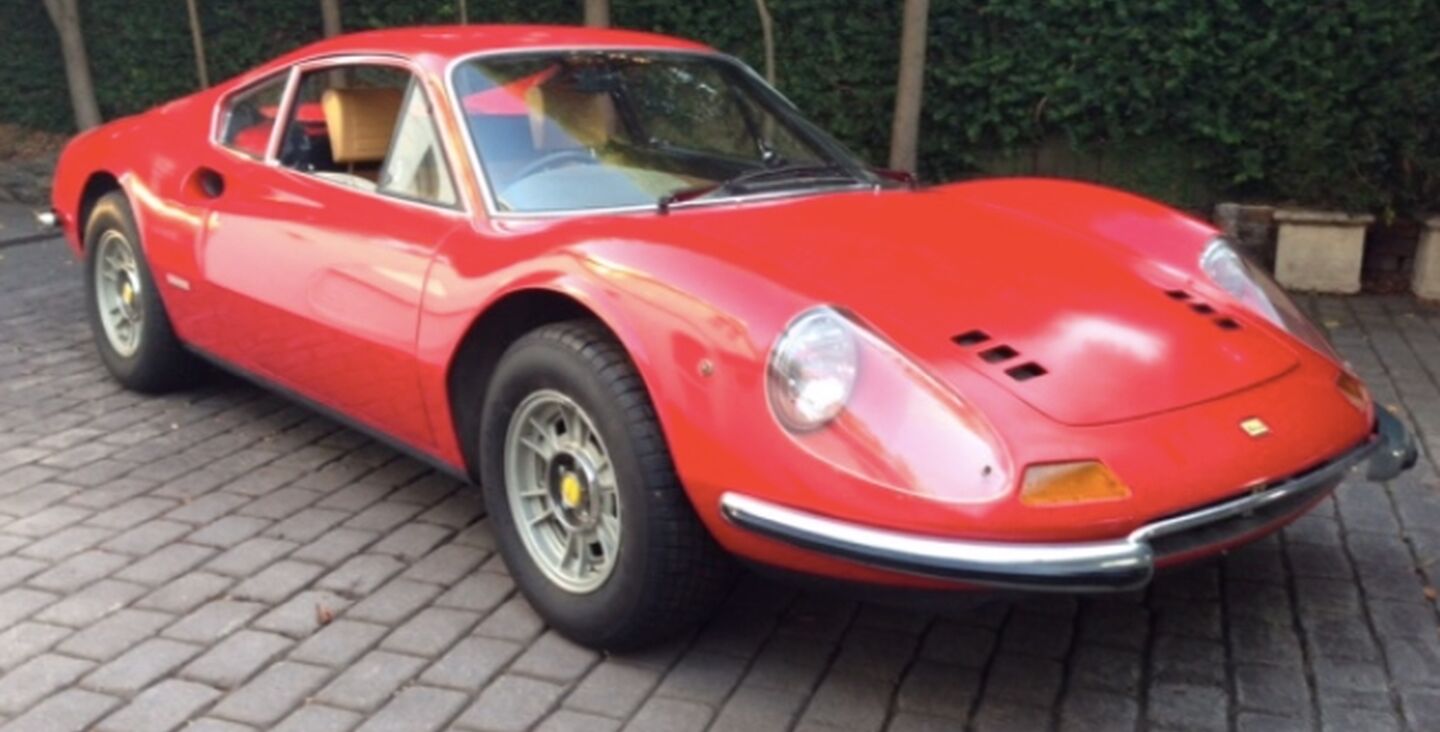